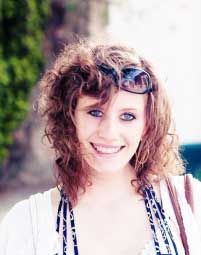 Tamzin won Arun Young Musician of the Year in 2005 and has gone on to win several other awards in subsequent festivals. She is a real all rounder who regularly enters and excels in numerous different classes.

Tamzin writes “I first took part in Arun Young Musician when I was 7 and I was named ‘Arun Young Musician of the Year’ when I was 9 for performances of singing, piano and guitar. Since then, I have loved taking part in the festival as the organisers are always welcoming and the adjudicators give useful constructive criticism and encouragement. You can learn so much from watching other people’s performances and listening to the adjudicator’s comments. Luckily, I have been selected for the final AYM concert on numerous occasions, which is great because the venues have such a buzz and I love dressing up! I remember one particular concert in the Alexandra Theatre where I sang ‘The Sun and I’ from Hot Mikado and ‘For Good’ from Wicked, with my sister. There is always an amazing atmosphere back stage at this concert with all the other performers, a mixture of nerves and excitement.

AYM has given me amazing performance opportunities which I am so grateful for, as it gives me the chance to share the music I have been working on, with an audience. I have also made some great friends.

In 2012, I won ‘young singer of the year’ and ‘young composer of the year’, winning a cash prize which I was able to put towards my lessons at Junior Guildhall where I study singing, piano and composition. I have achieved grade 8 singing with distinction and grade 8 piano with merit. Music has taken me to many beautiful, inspiring places such as Venice and the Rhineland. I hope to further my musical studies at university, and achieve my ambition to become a professional opera singer.”