Some of our past Festival winners Tim lives in Barnham, near Chichester in West Sussex. He began piano lessons at the age of 6 with Fiona Dedman and by the time he was 13 he achieved distinction in Grade 8. He studied piano at the junior department of the Royal Academy of Music in London with Sarah Pickering and holds a DipABRSM in piano performance.

Tim has been taking part in the Arun Young Musicians competitions since he was aged 11. The AYM have provided a fantastic performance platform for Tim culminating in the title of Arun Young Musician in 2014. He was also the winner of the West Sussex Youth Music Awards 2014 as well as the Chichester Music Festival. He has performed at the prestigious Wigmore Hall twice, taking part in the Jaques Samuel Piano Prize. In March 2016 he won the Junior Academy Senior Piano Prize playing the first movement of Haydn’s Sonata in C and Schumann’s Abegg Variations.

Tim has also achieved distinctions in Grade 8 on clarinet and recorder and is studying composition with John Cooney. Following A levels at Bishop Luffa School in Chichester he has been offered and has accepted a place to study Piano Performance at The Royal Academy of Music from September 2017 – one of only 8 – 10 places offered world-wide.

His other interests are classic cars and he loves attending the Breakfast Club Meetings, Track Days and the Revival at Goodwood. The Littlehampton Gazette: Well-travelled euphonium player Hannah Labus must have felt the journey to the Arun Young Musician of the Year gala concert was well worth making.  Hannah, 17, was the overall winner of the 2013 competition, joining a long list of youthful musical talent stretching back to 1981.

She has driven to Birmingham once a month to play with the National Youth Brass Band of Great Britain, so the trip from her home at Burgess Hill to the competition finale at Windlesham House School, Washington, was comparatively local.

Hannah’s performance of John Hartmann’s Facilita (air with variations) was a delightful showcase of the euphonium’s character and range of expression in accomplished hands. 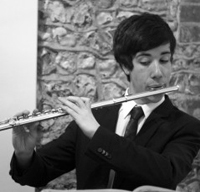 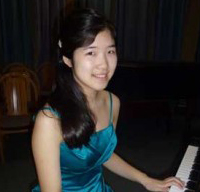 Imy writes “I have participated in the AYM competition for many years, since I was about 12 years old. It was 4 years before I won the Arun Young Musician of the Year. Every year was a great opportunity to perform and to receive feedback from professional musicians. Performance for me has always been quite difficult as I suffered from nerves, however thanks to the various performance opportunities AYM and others have given me I have improved a lot and get a lot less nervous now. Aside from the nerves, performing is a wonderful experience, especially when you get it right and the audience love it. Read More 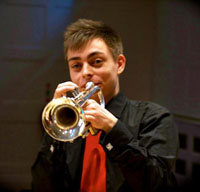 Tom Griffiths won Arun Musician of the Year in 2009 where he also picked up awards as a brass soloist and for best ensemble.

Tom writes “I began playing the cornet aged 9 when my next door neighbour, and chairman  of the village band, encouraged me to take up a brass instrument. I subsequently joined the West Chiltington Silver Band, who I still play with to this day, and later the West Sussex Music Service where I played with a  plethora of area based ensembles before eventually being appointed principal trumpet of the county orchestra. Read More 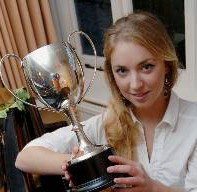 Darcey won Arun Young Musician of the year in 2007 having picked up other individual class awards along the way. Since then she has gone on to study music at the University of Southampton and is now off to teach music at a specialist music school in Singapore.

Darcey writes “My involvement in the AYM competition began at the age of 6 in the beginners piano class, where I was one of the few selected to play at the end of year Gala concert. At 10 years old, in 2001, I was chosen as the Best Youngster, again on piano. The competition’s various instrumental classes allowed me to compete on violin, oboe and voice, as well as the piano, proving to be an excellent all around experience for any musician looking to have multiple disciplines. Read More 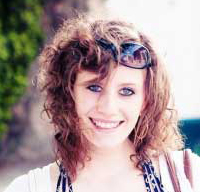 Tamzin won Arun Young Musician of the Year in 2005 and has gone on to win several other awards in subsequent festivals. She is a real all rounder who regularly enters and excels in numerous different classes.

Tamzin writes “I first took part in Arun Young Musician when I was 7 and I was named ‘Arun Young Musician of the Year’ when I was 9 for performances of singing, piano and guitar. Since then, I have loved taking part in the festival as the organisers are always welcoming and the adjudicators give useful constructive criticism and encouragement. You can learn so much from watching other people’s performances and listening to the adjudicator’s comments. Luckily, I have been selected for the final AYM concert on numerous occasions, which is great because the venues have such a buzz and I love dressing up! I remember one particular concert in the Alexandra theatre where I sang ‘The Sun and I’ from Hot Mikado and ‘For Good’ from Wicked, with my sister. There is always an amazing atmosphere back stage at this concert with all the other performers, a mixture of nerves and excitement. Read More